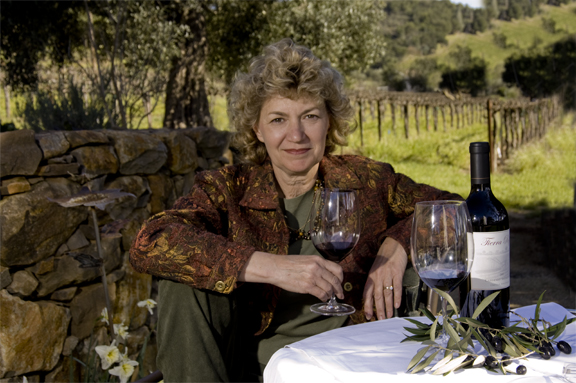 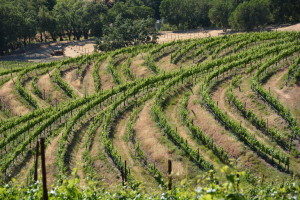 When taking a closer look at what makes up this intricate region, it is the small, boutique family operated vineyards that add great character and definition to Napa’s wine country. 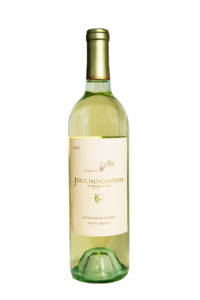 Featured are just a few of the world-class yet down to earth vineyards and their stories.

Jericho  Canyon Winery
In the 1980s, we purchased a small ranch in Jericho Canyon at the base of Mt. St. Helena in Napa Valley, CA. It took less than a minute to know that this ranch was what we had been looking for over the previous three years: it had a creek filled with tadpoles and water skeeters, a 100 year old farm house, a pond shaded by gorgeous oak trees, a stupendous view of the Palisades and Mt. St. Helena, and meadows dotted with wild flowers. We knew without a doubt that this was the place to raise our children and our grapes.

Originally given in a land grant to a veteran of the Civil War as payment for his services, the ranch is situated along the road to the old Silverado Mine, a spot made famous by Robert Lewis Stevenson in his book Silverado Squatters. The property had been used as a cattle ranch since the 1930s, but it showed 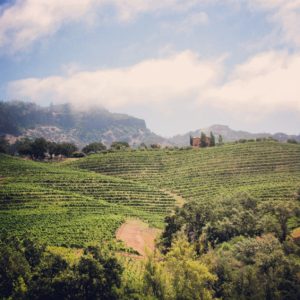 evidence of a pre-Prohibition vineyard alongside of Jericho Creek. We replanted the old vineyard and extended it up the canyon, terracing extensively due to the steepness of the terrain. With the terraces following the contours of the land, it is reminiscent of an old world vineyard. We planted Cabernet Sauvignon in 1990 and Merlot and Cabernet Franc in 1993. We initially sold our fruit to our neighbors at Chateau Montelena and later to a variety premium producers including Pride Vineyards. In 1998, noted winemaker David Ramey discovered our canyon and the uniquely rugged fruit we grow. David Ramey began purchasing our fruit for Rudd Estate, for whom he produced a vineyard designate wine that was very well received by the critics (Robert Parker : Rudd Jericho Canyon Vineyard 1998 – 95).

From 2001-2005 our fruit went to Ramey Wine Cellars, which produced a much sought after Jericho Canyon vineyard designate wine. Winemaker David Ramey also produced an ultra premium wine for our own label, Jericho Canyon Vineyard. Again, the wine received exceptional reviews in 2006 harvest was an historic one for us: our youngest son, Nicholas, graduated high school and we were able to turn our attention to Jericho Canyon. We completed our winery, stopped selling our grapes, and produced our first estate wines. With the winery facility only steps away from the vineyard, we are able to keep a watchful eye on our vines as we wait for optimal grape development. Once harvested, the fruit takes the short trip to the winery where we carefully and attentively process each small lot. 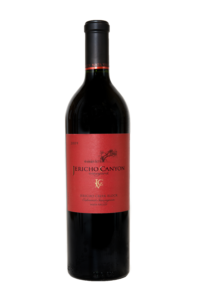 2011 brought another welcome change. Nicholas, having graduated from UC Davis with a degree in Viticulture and Enology, joined us full time at Jericho Canyon after demonstrating his readiness through laboring in the vineyards, working as a cellar hand, and interning abroad.

Ever evolving, we continue to strive for the best possible wine from each vintage. Working alongside 2012 Food and Wine winemaker of the year Aaron Pott and the legendary blending consultant, Michel Rolland, we continue to produce powerful wines that reflect their rugged hillside origins.

Tierra Roja
Owner of Tierra Roja Linda Neal has been growing grapes here since 1987 and explains the history of her vineyard. 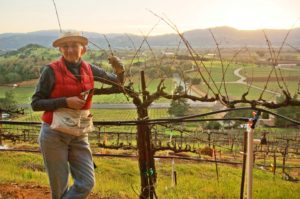 August and Martha Liebig bought the property around 1950 and ran a custom hay farming operation from here for many years. I have the pleasure to be friends with the Liebig family. While the elder Liebigs have both passed on, their children Mike and his wife Shirley have since moved to Lake County. I still see their kids Kent, Tim, Brian and their families regularly. They made many changes to the house, including finishing the inside, which had just been studs.

Bill and Elaine Welker bought the property in December 1978. They are best remembered here for installing the original “cocktail bridge” where they would meet the neighbors, Bill and Rene Harter, at sunset.

Then it was owned by Doug and Paige Wight. Doug is a long time vineyard manager here in the Napa Valley.  They moved to town when their children became so active in school that carting them back and forth became a full time job.  What a break for me!

In November 1987 I bought the property. Doug had planted vines on the flat area and we could see the remnants of the Denatale vineyard on the hill.  By 1989 we had terraced and planted the hill with Cabernet Sauvignon.  Now I am the sole owner of the vineyard and home that you see.  Not a lot has changed here in all that time except that you can share in the history through the wine.

Today, the vineyard is just over 4 acres of Cabernet Sauvignon located at the corner of Oakville Crossroad and Silverado Trail, in the heart of the Napa Valley.

A Bit Of Bubbly

It is almost time to ring in the New Year 2020!! Here are some Signature drink ideas for your New Years party. Champagne is…