Bobby Flay is a NYC native who has become one of the very successful chefs  today. He had a passion for cooking since he was just 17 years old. From then on  his career seemed to do nothing but rise.

Bobby Flay was cooking in the Joe Allen Restaurant when Allen noticed his  culinary talent and was so much impressed that he paid for Bobby’s training at  French Culinary Institute. He graduated in 1993 and started working for Jonathan  Waxman in NYC. With him he learned to love the flavors of American South-western  cooking. He was later on hired by Jerome Kretchmer and made Bobby his partner  and executive chef of Mesa Grill.

With his talents and passion for cooking Bobby has gained a celebrity status.  He is praised not only for his cooking or culinary abilities but also for other  various reasons. In addition to cooking bobby started hosting a television show.  He has starred in six cooking TV shows on Food Network and three of them – Boy  meets Grill, Iron Chef America and Throwdown!, are still on air. His great time  managing skills and expertise at cooking has made him own and design six  top-notch restaurants too. If you think this is it then think again as Bobby  Flay is not done yet. He has written eight well acclaimed cookbooks too. The guy  has earned an Emmy award for his shows and also became a food correspondent for  CBS on The Early Show. Phew!!

Bobby has earned a lot in his career and has become an icon for many of the  aspiring individuals who are aiming for a career in cooking. When he was asked  about his food philosophy, he said, “It’s gotta be bold, zesty, and always  fun”.

His work, books and shows have always impressed and inspired people. When  asked what or who inspired him, he replied, it was Wolfgang Puck who made savory  food but his preparations were whimsical and fun too, and Jonathan Waxman was  the first chef who defined and explained him what was meant by good food. His  latest career move is an upcoming show called as Grill It, which will air on  Food Network, showcasing newbies who will come on the show to share their  grilling recipes. 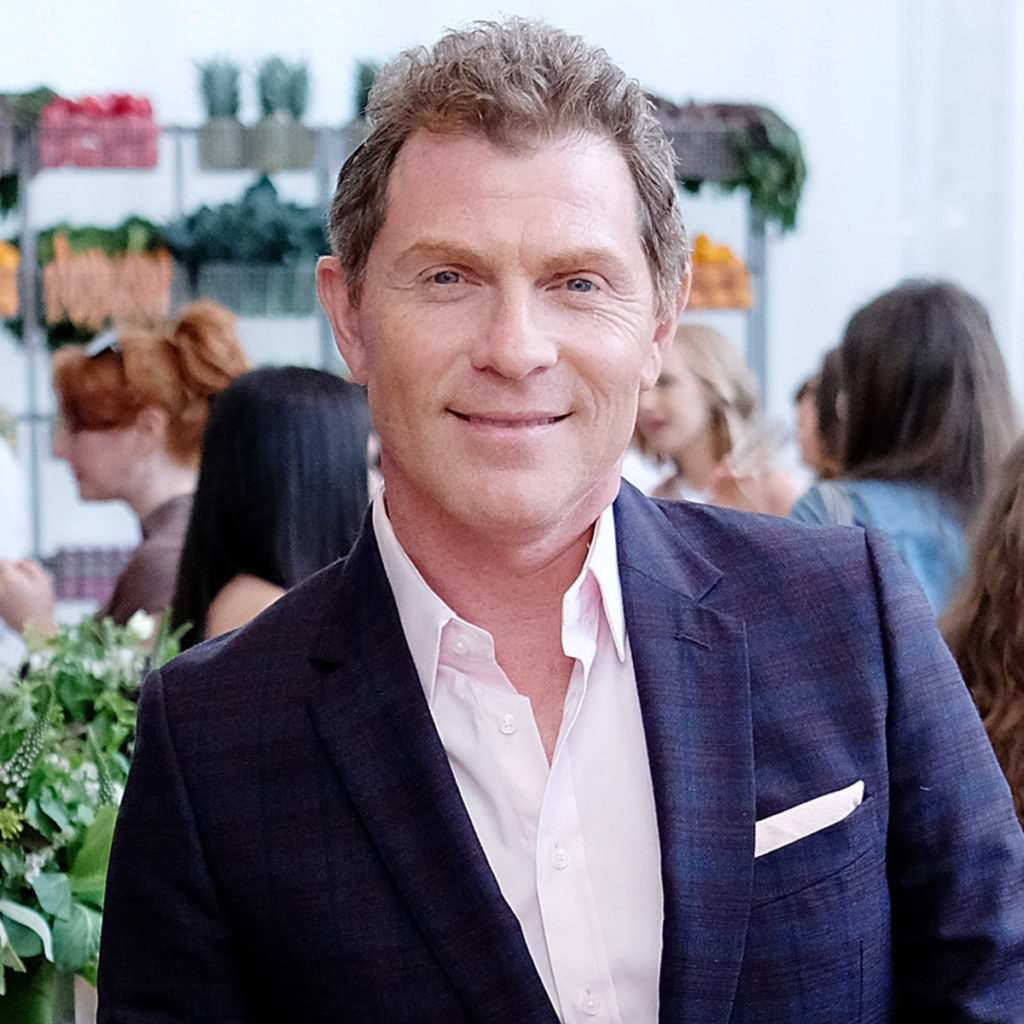