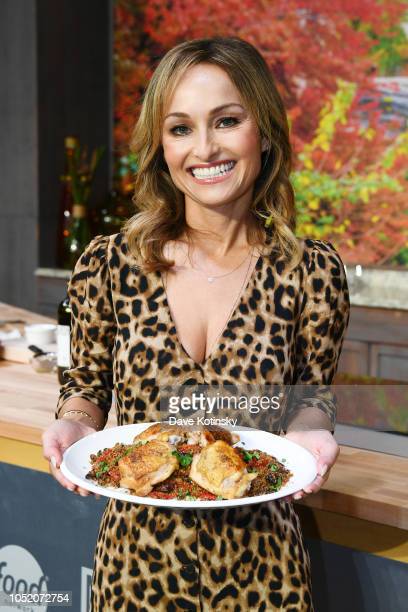 Giada de Laurentis is one of the most renowned Italian American chefs who  wrote various cookery books and hosted different food preparation shows on  television. Presently she is hosting some of the famous television cookery  programs such as Weekend Getaways, Everyday Italian, Giada’s Weekend Getaways,  Giada at Home and Giada in Paradise.

Giada was born in Rome, Italy in 1970 and at the age of seven moved to  southern California with her family. Being the granddaughter of the popular  personality and film producer Dino de Laurentiis, she belonged from the family  who had entertainment business, but she never had the interest to be the part of  the family business. Her obsession for food was sparked as a child as she  learned to prepare different and famous family recipes for frequent family  gatherings. Subsequently, she acquired a social anthropology degree after  attending UCLA. Her culinary career actually started and got recognized when she  attended LeCordon Bleu situated in Paris, with an ambition of making herself as  popular as a pastry chef. With her intention to work in some of the famous  restaurants, she returned back to Los Angeles. After returning to Los Angeles  she worked in the several restaurants including Wolfgang Puck’s Spago. Soon  after working and showing her talent in different restaurants, she started up a  catering company named GDL Foods. Later, Giada started to work as a food  stylist.

The historic day in Giada’s career came in 2002 when Food Network noticed her  styling piece in the journal called Food & Wine. She hosted her own  television food show, “Everyday Italian” in 2003. Thereafter, she never looked  back and kept on moving. Soon,Giada teamed up with Mario Batali in 2004 to  hostanother TV special show named as An Italian Christmas with Mario and Giada.  Adding to this, other shows that she hosted were Giada at Home and Giada’s  Weekend Getaways. Apart from all these, her first cookbook was published named,  Everyday Italian: 125 Simple and Delicious Recipes¸ in 2005. Presently, Giada  owns four products: Balsamic Vinegar, Extra-virgin Olive Oil, Sea Salt with  Fresh Lemon Zest and Tuscan Herb Mix.

Today Giada is one of the well known personalities in culinary industry and  happily married to fashion designer Todd Thompson in 2003. She also has a  daughter named Jade Marie De Laurentiis Thompson, born in March 29, 2008.  Giada’s work, books and shows have always impressed and inspired people to taste  and make Italian food right at home. This pretty women has managed to steal  millions of American hearts with her easy to make cook books and made a  significant position in culinary industry with a smooth pace.