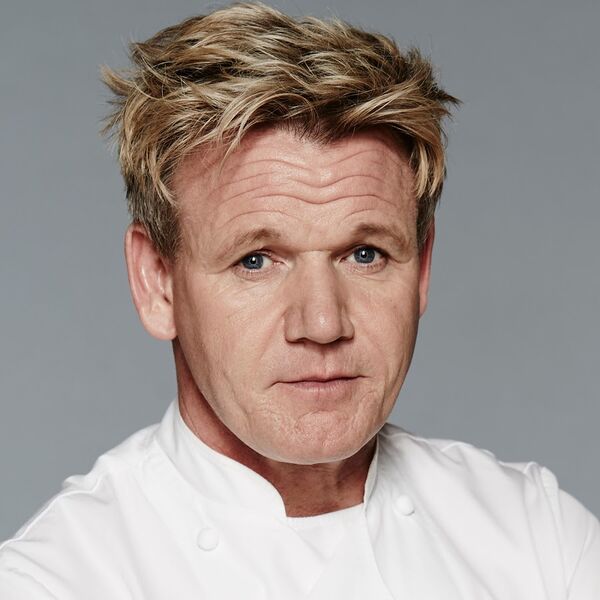 Gordon Ramsay has become a cable and primetime cooking show sensation. He  goes beyond the normal how to cook type of show and does both competition as  well as the rescue of other restaurants in his various TV shows. He has several  shows that include The F Word, Ramsay’s Kitchen Nightmares, Ramsay’s Best  Restaurant, and Hell’s Kitchen.

Scottish born Ramsay grew up in Stratford-upon-Avon where he played football  while a young teen. Ultimately, his football career was cut short by injuries  and fortunately, he had already taken an interest in cooking. He went to school  and then worked at various places where his training even took him to the French  Alps and a private yacht from Bermuda. When he returned to London, he became  head chef for one of his mentor’s business partners gaining a share in the  business along with the position.

Gordon started his own restaurant in 1998 called Restaurant Gordon Ramsay  which went on to win a third Michelin Star by 2001 making him the first Scotsman  to make such an accomplishment. He quickly developed a cooking empire with  several restaurants eventually even expanding outside of the UK. In fact, he  opened his Gordon Ramsay at the London in New York City even winning the Zagat  guide award for it. Over his career, he has gained many awards including  Independent Restaurateur of the Year, Michelin Stars, and Catey awards.

Ramsay’s television career took off in 2004 through Ramsay’s Kitchen  Nightmares and Hell’s Kitchen on British television. Kitchen Nightmares takes  Ramsay to a restaurant about to fold where he helps them turn around their  problems. Hell’s Kitchen is a competition where Ramsay puts competitors through  a grueling process of learning to run a kitchen. Both shows have been very  successful. Other shows have developed over time including Gordon’s visit to  India in Gordon’s Great Escape, MasterChef, and his The F Word. He’s also made  many guest appearances in other TV shows like Big Brother, Top Gear, and  American Idol.

One of the things that keep Ramsay’s shows interesting is his in your face  personality. He has a long reputation for his temper and use of foul language.  He even once ejected a food critic from one of his restaurants when he felt  personally insulted and he is notorious for rants with his staff. His antics and  criticism is what makes him famous though and why viewers tune in to watch his  shows.

Regardless of Gordon Ramsay’s volatile outbursts and harsh criticism, he is  one of cable TV’s most popular celebrity chefs. His food and guidance does also  tend to be right on the money as well. The public loves to watch what he will do  next and so he is likely to continue to be a great choice for television food  entertainme