Gregans Castle Hotel
At Gregans Castle Hotel, legends of battling clans and romantic poets reappear in the thick mists of this luxurious hotel hidden in the heart of Ireland’s Burren. The views of Galway Bay gracefully sweep guests to a mysterious world where limestone mountains of the Burren unfold before heather-dappled glens, and roaring turf fires create timeless splendor. Rugged unspoiled beauty, rare wildflowers resting on the edge of jagged cliffs, and a favorite Irish tune sung nearby are what begins the finest and very warmest stay at Gregans Castle Hotel, an 18th-century country house set within the unusual landscape of Ireland’s Burren.

Known for its legendary Irish hospitality, the Gregans Castle Hotel ranks as a treasured gem among Irish hotels. This historic 18th-century mansion welcomes guests by scenic roads, and extraordinary views of Galway Bay and the Burren abound from this luxurious resort, showcasing the layered limestone hills with their hidden glens that are steeped in treasured heritage. Here, in this quiet landscape, Gregans Castle Hotel has served as a sanctuary for bird watchers, botanists, and Hollywood luminaries like Sharon Stone, Ewan McGregor, and Kathy Bates. 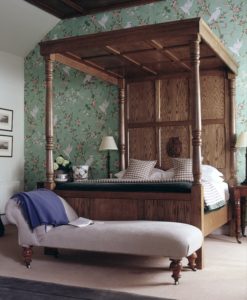 Decades of careful restoration continue to reflect what the original occupants may have only envisioned: a landmark country house that remains true to its enduring legacy.

The Haden family – have been running the hotel since 1976. The stunning 18th century manor house is set in its own established and lovingly-attended gardens, and has spectacular views that stretch across the Burren to Galway Bay. Inside, you’ll find welcoming open fires, candlelight and striking decoration ranging from modern art, to antique furniture, to pretty garden flowers adorning the rooms.Gregans Castle has long been a source of inspiration for its visitors. Guests have included J.R.R Tolkien, who’s said to have been influenced by the Burren when writing The Lord of the Rings, as well as other revered artists and writers like C.S. Lewis and Seamus Heaney. And for the guests of today: with warm Irish hospitality, stylish accommodation, outstanding service and exceptional fine dining in our award-winning restaurant, Gregans truly is a country house of the 21st century.You can do nothing or everything here. And whatever you choose, we’d like you to join the team in Gregans in celebrating all that is wondrous and beautiful in this truly exceptional place

In the Dining Room, our head chef David Hurley and his team serve creative and modern dishes using

fresh, local ingredients like organic Burren lamb and game, and fresh Atlantic fish and shellfish. We’ve received many awards Fine for our food including 3 Rosettes from the AA for “culinary mastery and excellence”; the National Hospitality Awards’ Best Hotel Restaurant 2012 and the Food & Wine Magazine Restaurant of The Year Award in 2011.

An ever-expanding wine list features some of our favorite wines from each continent, including a large our selection of organic and bio-dynamic wines. If you fancy a beer or an aperitif while you’re browsing the dinner menu, join us in the Corkscrew Bar where the open fire is always glowing and you can sit back and relax in comfortable, luxurious surroundings. Our popular lunch menu is also served here, and it’s the perfect place for afternoon tea after a day’s sightseeing or hiking.

Gregans Castle Hotel, a charter member of Historic Hotels Worldwide since 2011, dates back to the 18th century.